A final Round match between Lars and David in the 2022 Kingston Memorial played on 10 May, at a time control of 55m + 5s.

Congratulations to Junior Club members receiving their NZCF pawn badge and certificate this week (photo below).

In the Senior Club it was a fun night of Blitz, with Gordon Lyall taking out the honours, and Andy Hicks second. Results here. Next week, we start our Winter Cup. 8 rounds played over 4 weeks at 25m + 5s.

And don’t forget the annual Kāpiti Rapid  on Saturday 28th May. Open to all. 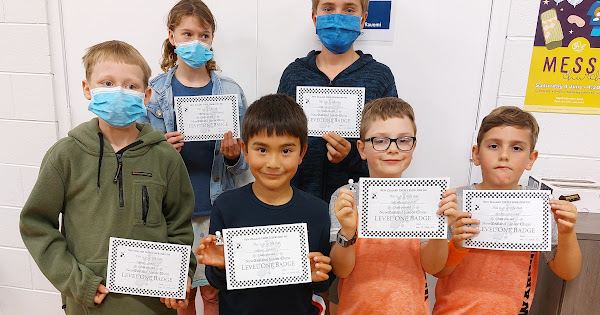 It was great to see a record turnout of 18 juniors this week. A big shout out to Gordon and Andrea Lyall for their great work in running our Junior Club, and helping to promote and develop chess for kids in the Kāpiti community. 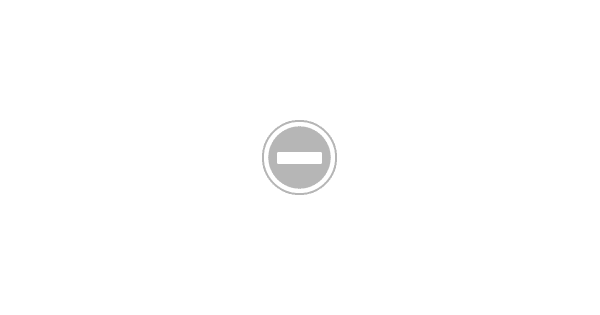 In the Senior Club, it was the crucial sixth and deciding Round of the Kingston Memorial (played at 55m + 5s). Levi Paxton kept his cool – and his unbeaten streak – defeating Nathan Rose to take out the tournament with 5½  from 6. Congratulations. The other frontrunner, Geoffrey Gunawan had a tough game against Ross Jackson, and despite his typical sizeable  time-handicap, Ross prevailed, to tie for second equal place with Geoffrey. Full tournament results are here. More Club photos can be found here. Next week will be a Blitz night.

And don’t forget our annual Kāpiti Rapid, open to anyone, coming up on the 28th May.

It was the start of term 2 for the Junior Club this week with an enthusiastic turnout of around a dozen kids (photo). In the Senior Club it was Round 5, the penultimate round, in the 2022 Kingston Memorial tournament. It’s been a closely fought competition this year, with traditional front runners being challenged hard from Round 1. After five rounds, new member Levi Paxton leads unbeaten on 4½, followed by Geoffrey Gunawan on 4, and Nathan Rose, Andrew Brockway and Ross Jackson on 3. That makes it a two-horse race next week for the distinctive chess clock trophy. And with Geoffrey up against Ross, and Levi up against Nathan, it could go either way! Current results and standings here.

Entries are coming in fast for this year’s Kāpiti Rapid on the 28th May. This tournament is open to anyone of any level, with prizes across several grades and age groups. The tournament has been well-attended in recent years, including by some of New Zealand’s top players. More information on the tournament and how to enter can be found here, and the list of  players who have  entered so far is here. Come and give it a go! 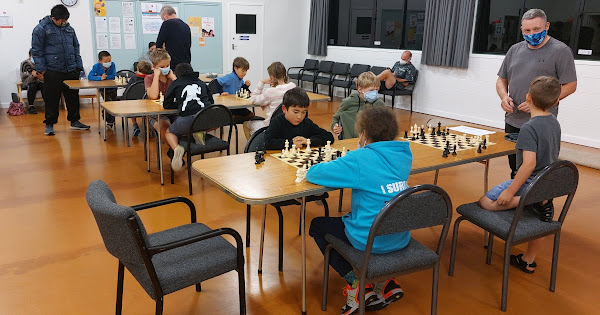 Fischer-Random, Kāpiti and Wellington Opens, and the 10+ Club

This week we took a break from more serious Chess for a really fun night of Fischer-Random. In this variant, the starting positions for pieces on the first rank are random, which means players can’t rely on memorised openings. It makes for some really fun Chess where players have to rely more on first principles to navigate through very weird opening positions. Congrats to Gordon Lyall who won on the night, followed by David Scott in second, and Ross Jackson in third.  Full results here.

The 2022 Kāpiti Rapid is being held on the Saturday 28 May. This tournament is open to all all levels and ages, with prizes over several grades, including junior prizes. Information and entry details can be found here.

Finally, a new addition to the Club’s historical record. This recognises the support and loyalty of all those who have been members of the Kāpiti Chess Club for 10 years or more,  including the amazing 35-year tenure of still current member John Whibley. Check out the 10+ Club here.

Term 1 finished for the juniors this week with the conclusion of our T1 Tournament, which was held over two nights and comprised 7 rounds with a 5 minute time control. Devin Direen was the clear winner with a perfect 7 points and collected the gold medal. Orlando Liu came second with 5.5 to win the silver medal, half a point ahead of Tumaka Martin who took out the bronze. Congratulations to all who participated. Term 2 chess starts for juniors on 3rd May. 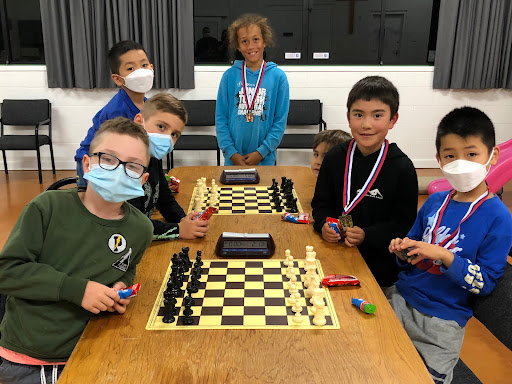 Meanwhile in the seniors, Round 3 of the Kingston Memorial tournament saw Andy Hicks score a upset win over much higher rated Gordon Lyall, while Levi Paxton continued his unbeaten streak with a win over Geoffrey Gunawan. At the half-way stage he leads, a point ahead of Andy, Geoffrey and David Scott. Current results here.

Next week will be a fun night of Fischer-Random.

Round 1 of the 2022 Kingston Memorial played at 55m + 5s. Lars Dobbertin-King holds 2021 Kingston winner and Club Champion to a draw.

This week many of our juniors sat for their NZ Chess Federation Level 1 “Pawn” Badge. The NZCF Junior Badge Scheme is a great initiative aimed at promoting and encouraging the development of Chess at younger ages. The test covers basic chess fundamentals; how to set up the board, how the pieces move & capture, check & checkmate as well as proper etiquette. Their are four levels of badge from Pawn up to Rook, and are proving very popular. Good luck kids! 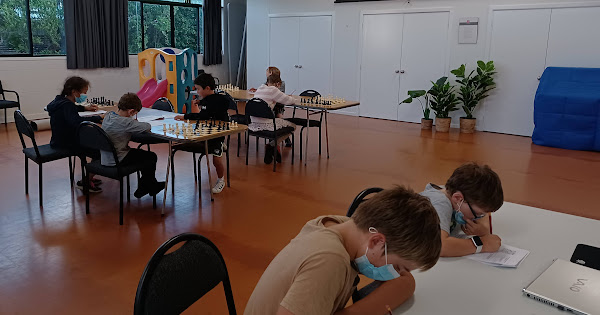 Meanwhile in the Senior Club, the annual Rose and John Kingston Memorial tournament kicked off for 2022. For those who have been missing more classical longer format over-the-board Chess, this was a welcome change from the online and rapid time formats. The level of ability amongst our current players suggested there would be few easy games, and a promise of some good battles. And so it was, with both top seeds unable to win, and all lower-rated players either winning their games, or pushing very close, as in this game here between Geoffrey Gunawan and John Whibley.  First round results can be found here.

The annual Rose and John Kingston Memorial tournament kicked off for 2022 on the 29 March. The level of the players in the tournament this year suggested there would be few easy games and a promise of some good battles. This is the first game from Round 1. A very even game until Black decides to opposite castle queenside leading to a classic kingside versus queenside attacks, where first White is winning – but able to find the finish, with Black storming back with a pawn storm and Knight sacrifice to open Whites kingside and allow his major pieces in for the kill.

It was a close finish as expected in the final two rounds of our first Club tournament for the year. Congratulations to Gordon Lyall who took out the honours, but not before a determined fight by recent newcomer Levi Paxton, pushing him hard in the last game of the evening to finish. Geoffrey Gunawan needed a win in the final round for a potential share of first place, but Lars Dobbertin-King denied him that, in what was perhaps the game of the evening. With the exchange down, Geoffrey sacked another exchange, in an attempt to press home an ominous pawn storm closing in on Lars’ King. In the end, Lars was able to hold it off for the eventual win, to go with his previous round win over a time-deprived Ross Jackson. After leading through most of the tournament, Ross finished in second place, with Geoffrey completing the podium in third place. Final results can be found here.  And photos of the tournament can be found here.

A reminder for Senior Club members that subs are due by the end of March. Information about fees and how to pay are here.

Next week in the Senior Club we begin the Kingston Memorial tournament with its distinctive clock trophy, and it’s Junior Club as usual before that at 6:30.