The Kāpiti Chess Club meets Tuesdays at 7:30pm at the Salvation Army rear Hall, 41 Bluegum Road, Paraparaumu Beach. The Kāpiti Junior Chess Club meets before this at 6:30pm, except during school holidays. All welcome.
The Kāpiti Junior Chess Championship is on September 18. It’s open to anyone aged under 20 as at 1/1/21, with prizes awarded across different age groups. Click here for more details and for how to enter.

Chess, is it an art, science or sport?

The final two rounds of the Winter Cup were played this week. Congratulations to Gordon Lyall who takes out another trophy with 8½ from 10. Second place was David Paul on 8, followed by Geoffrey Gunawan in third with 7. Final results and standings are here.

Next week is a Blitz night. The second of three nights played over the year for the Club’s Blitz Cup. David Paul is currently leading after the first series played in June. He is also the current Blitz Cup holder, and has won it 12 out of the 15 years it has been played for. Can he do it again?

It was great to see one of our highest turnouts yet at Junior Club this week, along with already a good number of early entries for the Club’s annual open Kāpiti Junior Championship on 18 September.

This week, term 3 kicked off for our Junior Club, with several keen kids along for the first time. The Club now has, for the first time in its history, as many, if not more, junior members playing Chess than it does senior members. While the new separate Junior Club model has worked well in attracting younger players, a lot of credit is also due to the dedicated work of Club President Gordon, along with his with Andrea.

Meanwhile, rounds 7 and 8 of the 2021 Winter Cup (at 25m + 5s)  were played this week in the senior Club. With 2 final scheduled rounds left next week, Gordon now has a near uncatchable lead on 7½,  followed by David Paul on 6, and Ross and Geoffrey on 5½. Latest results and standings here. Week 2 of Winter Cup, Game of the Year

Week 2 of the Winter Cup. After Rounds 3 and 4, Gordon leads on 3½, followed by Ross and Brandon on 3, and David Paul and Guy on 2½. Full Vega results and standings here. The tournament will continue for another 3 weeks and 6 rounds, so still anybody’s Cup yet!

This week the Committee put $50 up for grabs in a novel new award for ‘Game of the Year’. Any Club game played during the year can be submitted. Games will be judged not just on quality, but on other factors such as novelty or sheer entertainment value. Entries have already begun coming in, and will be accepted up to the  final Club competition night on 7 December.

Junior Club wrapped up for the school holidays this week with a prizegiving, with juniors being awarded their NZCF Pawn badges and certificates. Congratulations! 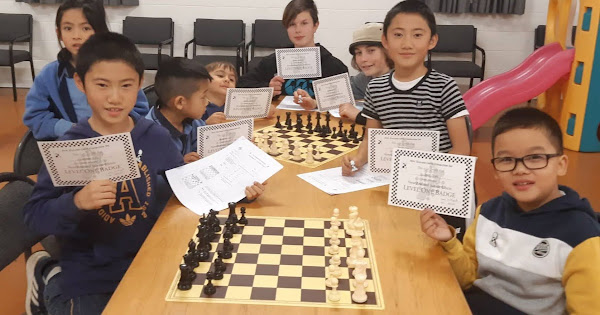 For the seniors, it was the start of the Winter Cup (10 rounds played over 5 weeks at 25m + 5s). After two rounds, Ross leads on 2, followed by Geoffrey, Guy, Gordon and David Paul on 1½.  Click here for latest results. Here is also one of the games from the night (in which Geoffrey pulls out his bongcloud again).

Back to OTB chess this week

With COVID alert levels back to 1, we will be meeting over the board again this week for the start of the Winter Cup. Rounds 1 and 2 played at 25m + 5s. Junior Club will meet beforehand, as usual, at 6:30.

Congratulations to Lars who took out the gold in last week’s online arena. Full results here.

This week saw the conclusion of the second leg of the Freebird (10m + 5s) tournament, and with the results of with the first leg played back in February, congratulations goes to Gordon Lyall (with 12½) who now adds this trophy to his collection. But with a win over Gordon in the final round, Geoffrey Gunawan took out a close second (half a point behind on 12 points). Third was David Paul on 8½, and fourth was Ross Jackson on 8. Full vega results for series 2 can be found here, but overall combined final standings were: 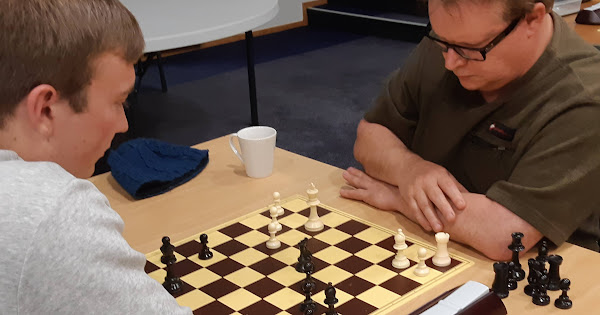 The first leg of the Club’s Blitz Cup was played this week. David Paul was winner on the night, with 8 from 9, followed half a point behind by Gordon Lyall,  with Geoffrey Gunawan in third place on 6½. Final standings and results can be found here. David again showed his impressive Blitz skills, losing just the one game to Gordon.  Of the 15 times the Blitz Cup has been contested since 2006, he has won it 12 times. Can he he make it 13 in 2021? The next leg will resume on August 14. Meanwhile, the next two weeks see the conclusion of the Freebird tournament (played at 10m + 5s). Here are the standings from the the first leg of this played back in February. Scores from both will count towards the final trophy!

Stewart Holdaway was the deserved winner of the first leg of the Club’s Leo Eichholtz tournament, finishing this week unbeaten on 6½ from 8. He finished a clear 1½ points ahead of second place getters, Geoffrey Gunawan and Ross Jackson on 5. It was a night of chances, including Ross falling to a nice game by Geoffrey (see game here), and Guy perhaps ruing chances in Round 7 against Stewart, and in Round 8, where he allowed himself  to get into a clever minor piece trap from Mike. Here’s another game from the competition, the Round 3 clash between the eventual first and second place getters.

Final results can be found here. The second and final leg of the Leo Eichholtz will begin in August. Meanwhile, next week will be a night of Blitz fun (or madness), followed the week after that by the start of final leg of the Freebird (10m + 5s). 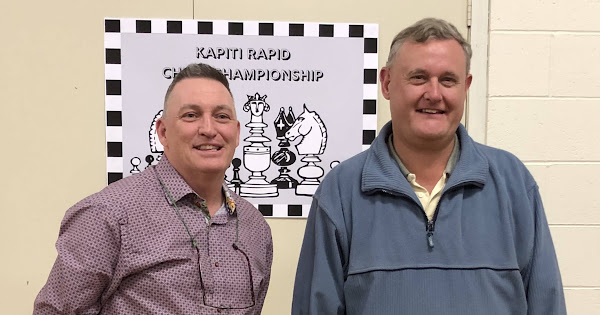 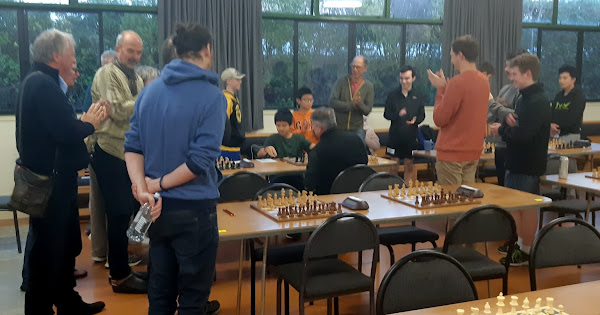 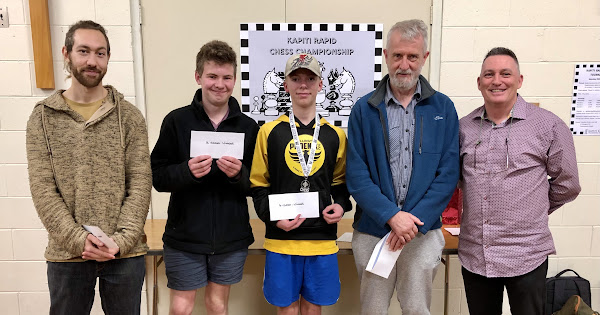