There was an exciting climax to the Junior T3 Blitz comp. In the penultimate round, two of the main contenders had challenging games, with Lucas losing to Elane and Ewan drawing with Charlotte. Elane continued her good form with a draw in the final round against Jingewei, but the draw deprived both of them a podium place. In the last round Ewan managed to convert his endgame against Ronan, and this secured third place with 5½ from 9. Despite a draw in the final round against Orlando, Lucas managed to hold onto second on tie-break. The clear winner was Devin, who maintained his consistency to score an impressive 7 points from 9 games. Special mention to Jingwei who narrowly missed out on third place on tie-break. Strong performances also from Elane (5) and Amy (5). Photo below shows medal winners Ewan, Devin and Lucas.

Meanwhile in the senior club this week, Round 1 of the 2022 Club Champs kicked off. Ross, Levi, Geoffrey and Andy all scored the full point over Andrew, David, Lars and John respectively.   Results can be found here. There are six more rounds to play. 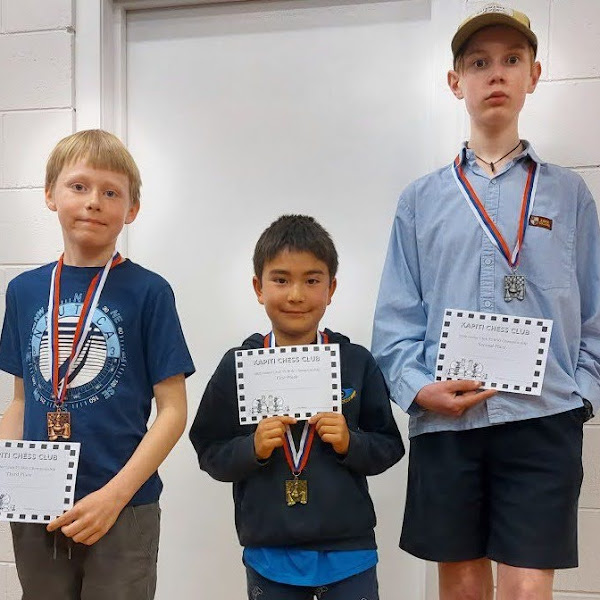 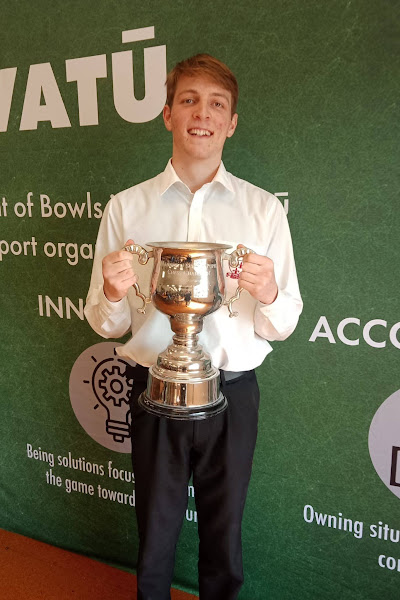