Kapiti Chess Club prize giving was held on our last night of the year—18 Dec—a great time was had. Gordon Lyall is now supreme Kapiti Champion (pictured below) and he ended up with the ordeal of playing all the members at the end of the evening. For further photos; including prize giving, click Here. 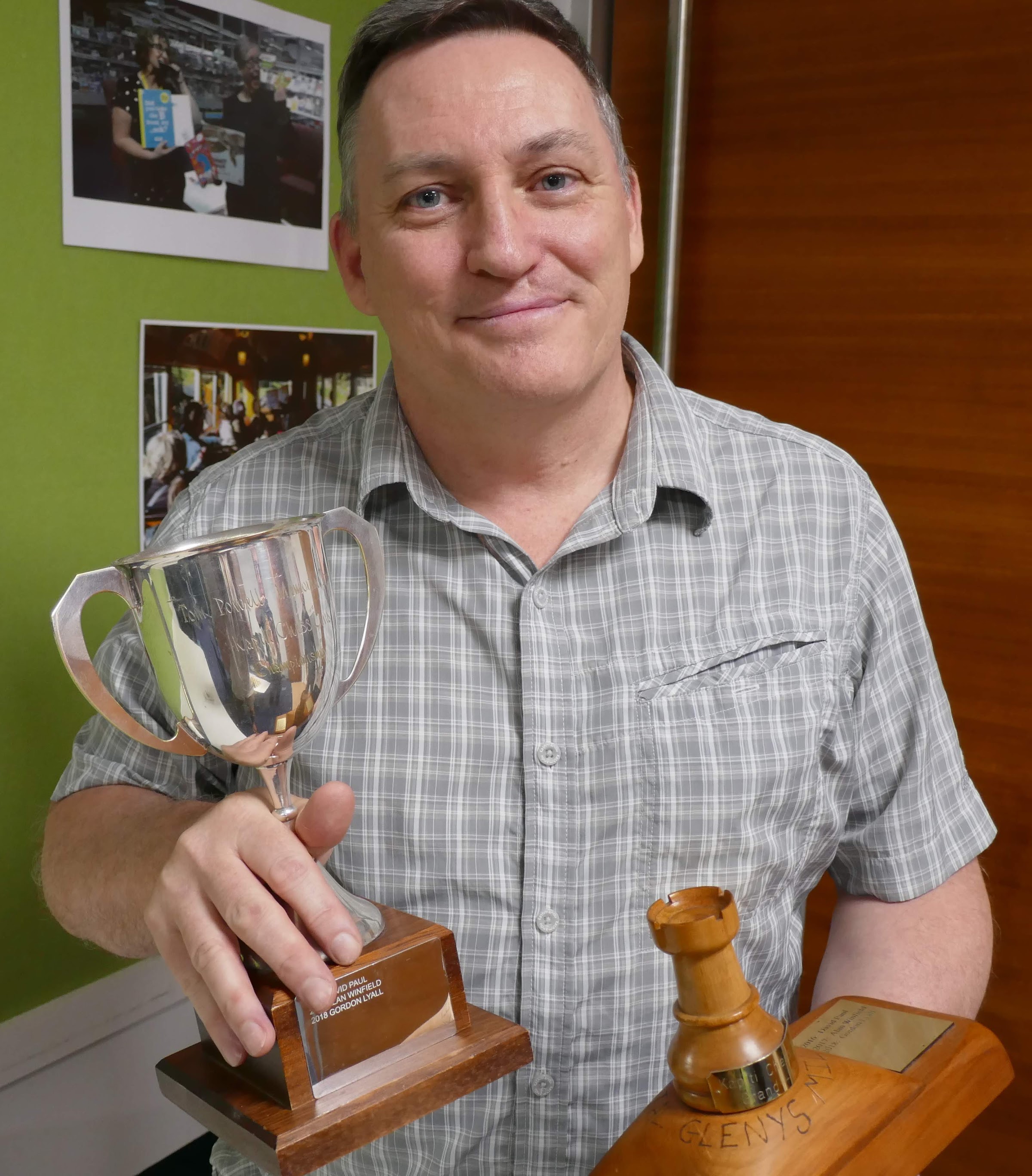 Club Championships are now over!

A Grade and Club Champion – GORDON LYALL
B Grade Champion  – DAVID SCOTT
C Grade Champion – BRANDON HOLMAN
Though the “A” and “C” grade titles had already been settled, there was much to play for in the “B Grade’ with David Scott leading by a half point from John Whibley and just a One point advantage from Mark Woodward.


Being drawn against “A” grader Alan Winfield, David Scott was in for a tough game and his skill showed when he sacrificed a Rook for Knight which gave him strong counter play—sufficient for Alan to offer a draw, which, secured the B Grade title for David.

As our year draws to a close, remember we have prizegiving coming up next Tuesday to celebrate the year gone by. Remember to bring a plate of food and invite all your family / friends to come along.

A new photo gallery has been put up with photos from 2018 club nights – click here to see it.

Also, here is a short video where Valera explains how he sacrificed much of his material to checkmate Rick Lowe:

See you all at the prizegiving!

We start off with a hearty CONGRATULATIONS to new member Brandon Holman, who after his win over Geoffrey Gunawan, secured the C Grade Championships with 8.5 pts. After a grueling 3 months we are finally down to the last round and though, along with Brandon, Gordon Lyall has taken out the A Grade and outright “Club Champion”, there are three players still in contention for the B Grade Championship. See our Results Page for more details. 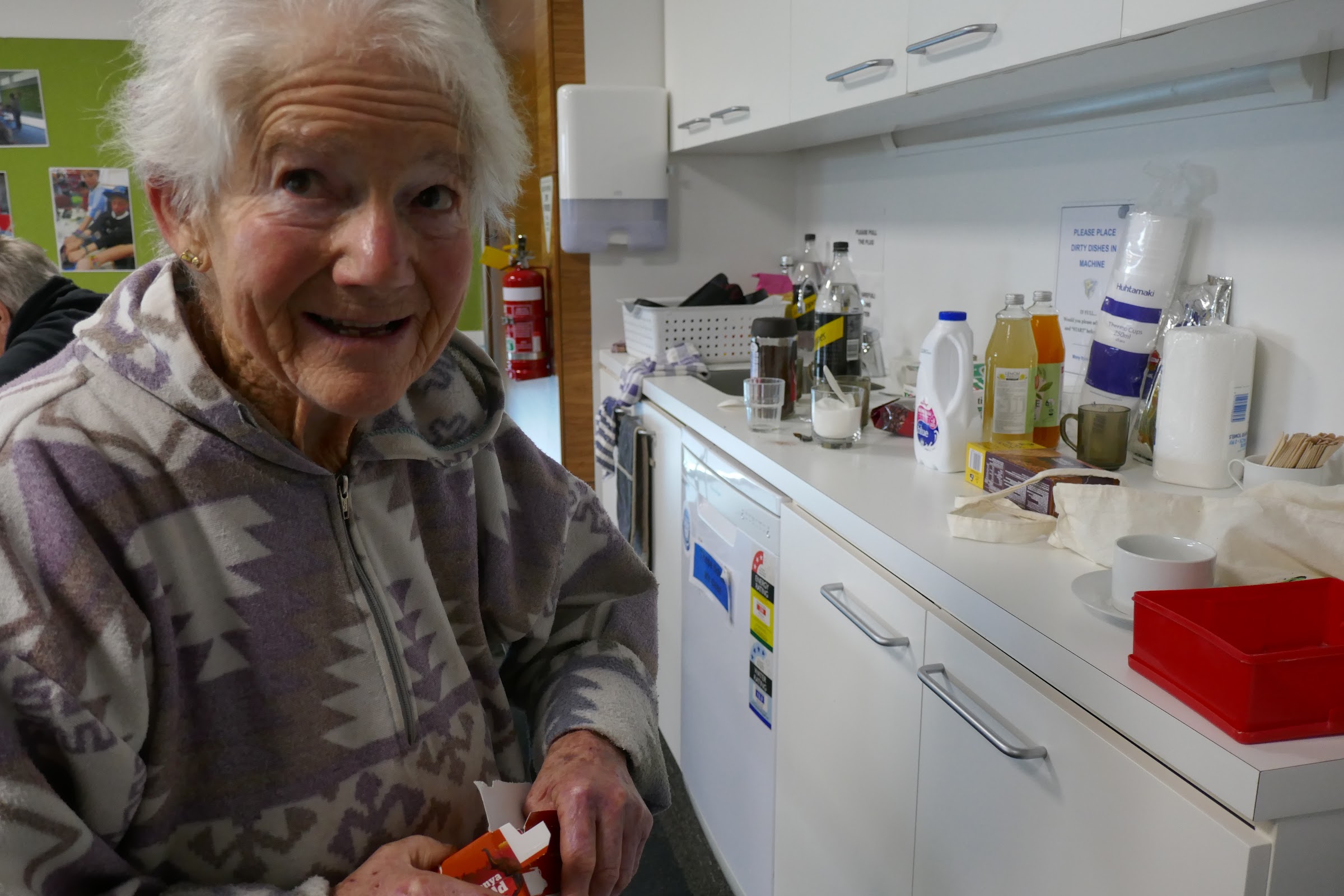 Last photo of Rose Kingston, who sadly passed away today. Hardworking and loyal, Rose will be missed. RIP

Another four rounds of the Freebird (10+5) championship were held, to finish series one. Hamish brought along his pal, Jay, who is visiting from overseas. After emerging undefeated, Wellington player Ross Jackson seized first place by half a point despite some late arrivals. Since there are no byes in the second and third series, other contenders have a strong chance of catching up, such as Alan Winfield and Alistair McGowan, each only half a point behind. Among the juniors, Mark Summers caught up to Valera to claim first equal. Next week play begins on the second series, where the competition will only get fiercer! As always, full results are here.

Further discussion was also held on our plans for the club championships – one compromise option could be to use a form of accelerated pairing. Club captain Lars Dobbertin-King will show the club what that would look like next week.

A successful chess variants night was held, where many in the club enjoyed discovering new variations of our beloved game. Alan Winfield and Ross Jackson had an epic showdown to determine who was the best at Fischer random, with perennial tournament winner Alan Winfield taking the prestigious prize. Valera discovered a new passion for Stratego Chess, Hamish dared to play Lars in Kung Fu chess, and everyone had fun.

The first four rounds of the first series of our Freebird (10+5) tournament were held. This six-night, 24 round extravaganza is the longest tournament in the club in terms of number of rounds, but capturing an early lead is still a good advantage. Alan Winfield, Gordon Lyall and Ross Jackson top the standings, with Guy Burns and Lars Dobbertin-King chasing just half a point behind. Valera leads the juniors by a slim margin. Full results here. Play continues with the next four rounds scheduled for next week.

The committee discussed whether we want to hold a Swiss-format club championship or one with a round-robin among the top “A grade” players and something else for the rest of the club. This will be decided in a future committee meeting and many issues on both sides of the argument were discussed. Members with opinions on the topic are strongly encouraged to contact one of the committee members, either on a club night, or using the contact details on the governance page.

The final rounds of the tournament had few surprises, with Gordon taking a bye assuring him of third place, and Alan having already won the tournament. Alistair McGowan pushed through some strong opposition to claim second. Mark Summers managed to win the juniors with a late victory in the fifth round.

Alan Winfield now leads the tournament outright, as David Paul drops to join Lars Dobbertin-King in second place. Both players are well ahead of Guy Burns, who played an excellent night of chess to get to third. Hamish Lester still leads the juniors, and Mark Summers made up for his previous poor performances in Blitz to achieve top junior performance of the night. He also checkmated Alan Winfield.

The latest ratings have been sent off to NZCF for their verification. They are based on the John Kingston and Leo Eichholtz tournaments.

Some of our club members traveled to Upper Hutt to compete in their open tournament. All of our club members played really well, particularly Alan Winfield, who scored 2.5 in the “A” grade, and Lars Dobbertin-King, who scored 3 in the “B” grade. Well done also to David Scott, Valera and Mark Summers for their performances in a difficult and highly competitive tournament. Eventually, the ratings from this tournament will be added on as well.

Since we are about half-way through our year in chess, we’ll be playing a short Fischer Random tournament next week. We’ll also “have a go” at other chess variants like Suicide Chess, Transfer Chess, and this author’s favorite, Stratego Chess. It’ll be a blast!

Following that, we’re back to our action-packed tournaments, with our Freebird (15 minute) tournament poised to produce more exciting rapid chess action. 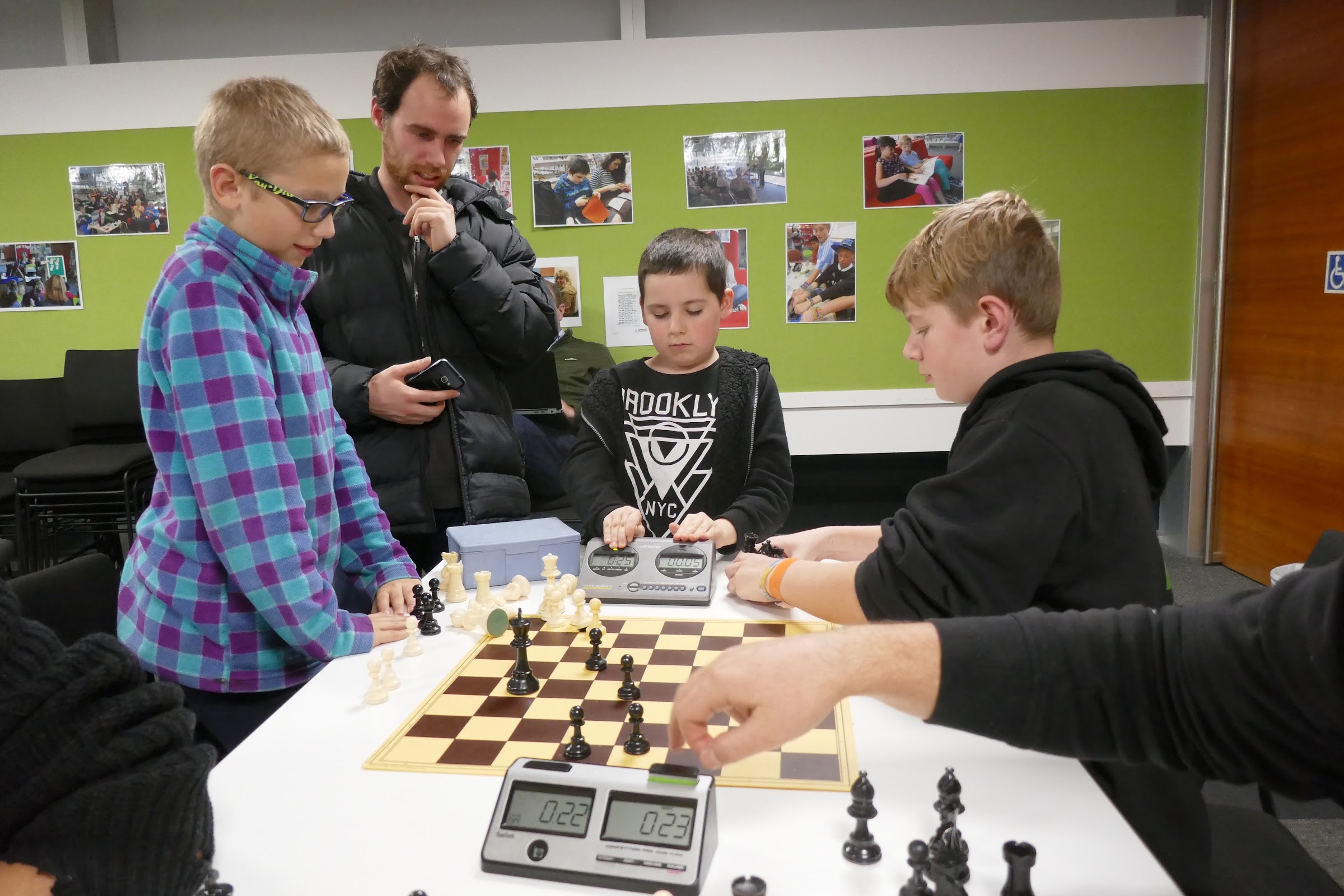 The latest results have been added to the results page.

Some highlights include Club President Alan Winfield winning the tournament outright with a near-perfect score, and no less than 7 (yes, seven) players within half a point of second place. Mark Summers and Valera are tied among the juniors. It seems that the prizegiving will have plenty of shared prizes this year – we’ll need to print some extra certificates. The last two rounds will be crucial for many players who are still very close together. Every move will count!

Next weekend is the Upper Hutt Rapid tournament. We have a bunch of players entered so we’re looking forward to an entertaining series of games there, too.