The Club welcomed no less than four new faces this week as competition heated up at the mid way stage of the Winter Cup. David Scott held off in a typically tight battle against John Whibley, and now leads the competition outright after three rounds, ahead of Guy Burns half a point behind. The game of the night was between top seed Ross Jackson and last year’s winner David Paul, which went late into the evening. Any chances of a win looked only to be with David, but tight and accurate defense eventually saw the players agreeing a draw. Newcomers Chris and Pavlo also fared well, both coming away with a win on their first outing. Full results can be found here.

David and Ross battle late into the evening – Round 3 of the Winter Cup. 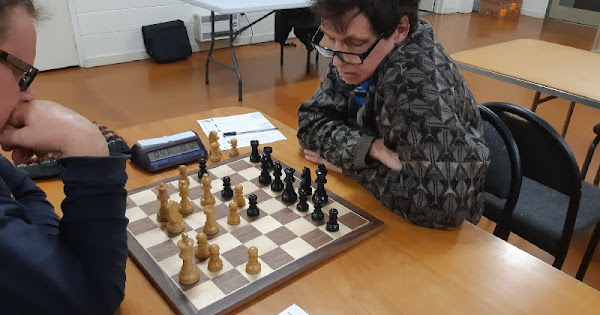