The important question of whether KCC players in North Kapiti are better than those in South Kapiti was tested in a fun new event this week at the Kapiti Chess Club. With Kapiti Road as the demarcation line, the club was split into two teams, paired off in roughly equal strength, to play two 25 + 5 games. The North took out the night fairly comprehensively 10 points to 4. (See results here, and a couple of games from the night here). However, this was only the first of two nights, so no bragging rights can be claimed yet, and some appeals may still be pending from the South. But overall, this was a fun, new addition to the club calendar, credit to Club Captain, David Paul. Don’t miss next match up on June 25. 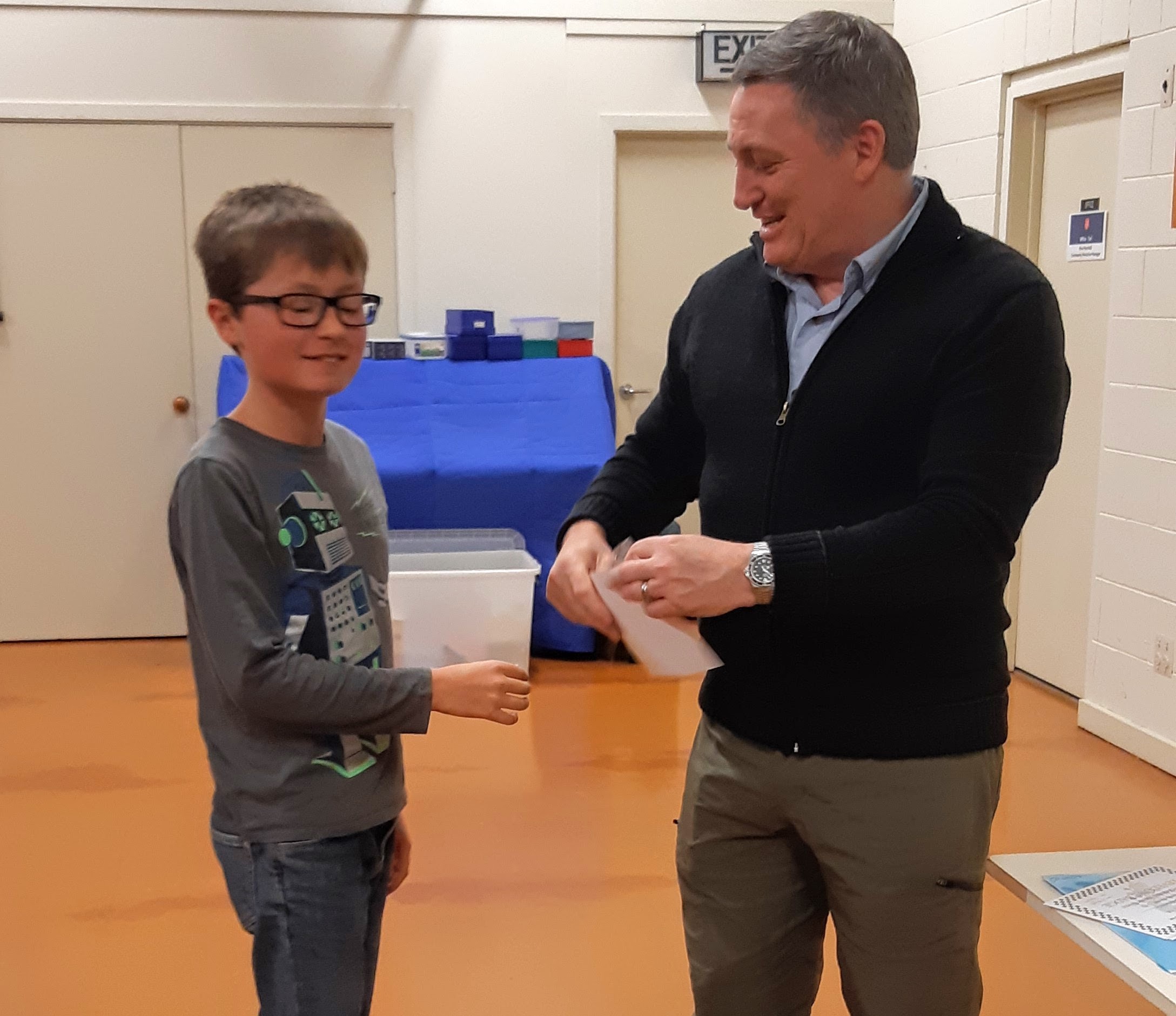 Another important happening at the club this week was the awarding of the first set of NZCF badges to our junior members. This is a great NZCF initiative which seems to have gone down well. Congratulations, and now it’s on to the knight badge!