Chess in Kapiti received a big boost in the weekend with the successful running of two annual competitions.

The 2019 annual Kapiti Rapid attracted 33 competitors, one of the biggest fields in recent years for this tournament, which first started 20 years ago. It was a relatively stronger field too this year, with an average rating over 1700, and seven players rated over 2000, including current New Zealand champions, IM’s Russell Dive and Anthony Ker, plus a former NZ champion, FM Scott Wastney.

But arguably the bigger feature of the day was the successful running of the inaugural Kapiti Chess Club’s Schools Championship. This tournament is aimed at promoting and supporting Junior Chess on the Kapiti Coast and surrounding regions, and developing our players for the future. The format provides a great opportunity for school kids to compete against other juniors, on a more even and fun basis than what might happen in the main event. It’s also a chance for local schools to claim some bragging rights. This year saw 19 juniors competing from 11 schools, including a team from Levin Intermediate.

While the two tournaments were separate, they were run side by side in the same room, making for a great atmosphere and a packed hall of 52 players, plus spectators – the biggest attendance for a Chess event on the Kapiti Coast in over a decade.

The tournaments were played over six rounds in a traditional rapid format of 25 minutes with 5 seconds added per move. While the Kapiti Rapid was played as a single tournament, prizes were awarded in three grades, Open, under 2000, and under 1600.

Special thanks to chief tournament organiser and Club President Gordon Lyall for managing the planning and running of the day, and for directing the play for the School event. A special mention also to Club Captain David Paul for directing play for the main Rapid event, while also managing to play in it. Also to Lars Dobbertin-King for bringing a team down from Levin and helping look after the school competition.

Congratulations to the prize winners below, in particular to Kapiti College for taking out the School Championship. 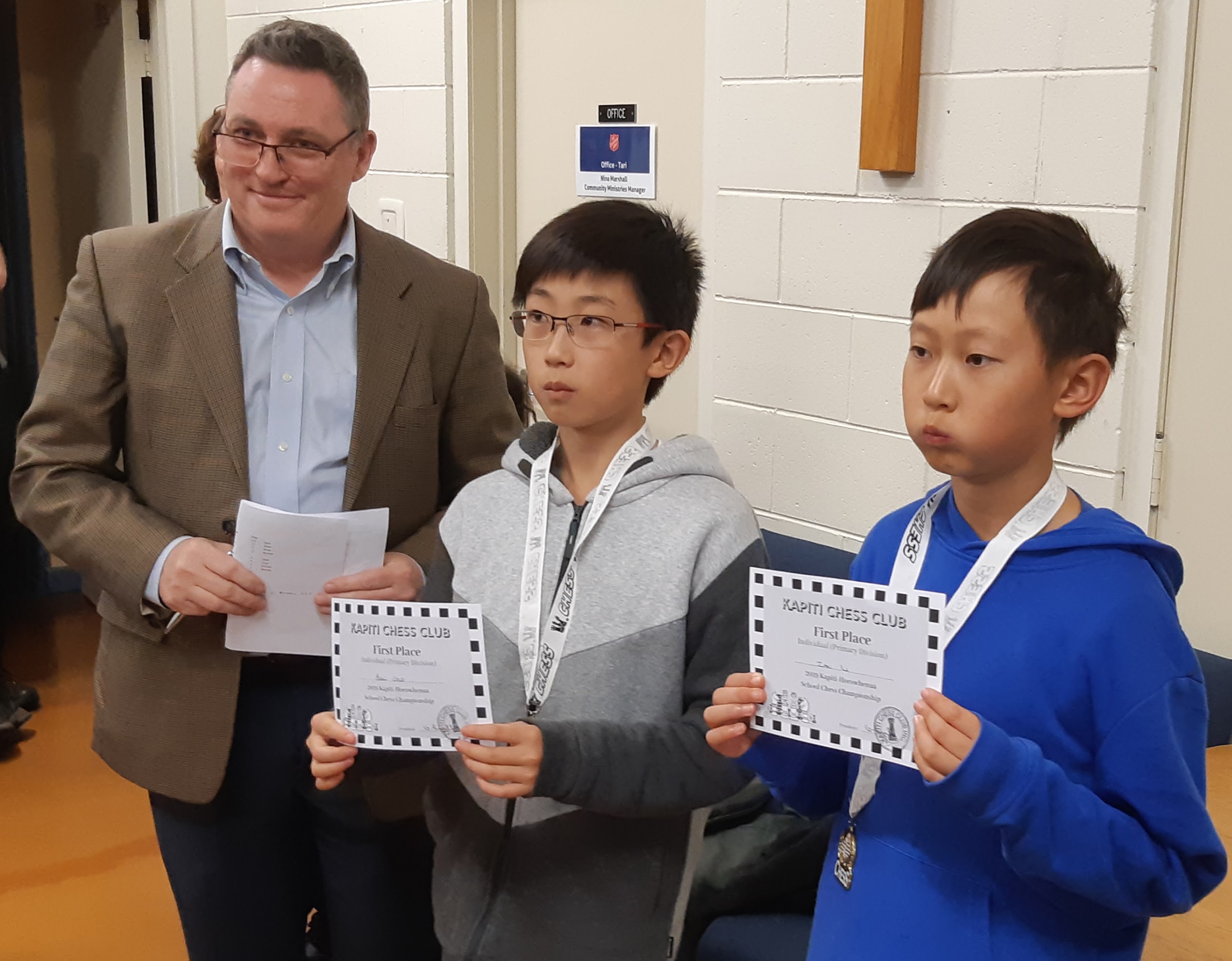