Saw Round Three of the Kapiti Chess Club Blitz Tournament played, under rugby Sevens rules, where the top four players square off using semi-final, then finals—based on three games per final. Guy Burns, David Paul, Earl Roberts and Mike O’Rorke made it to the semis, resulting in David Paul and Guy Burns facing each other in the grand show down. Once again David Paul prevailed, crushing Guy in the first two games. 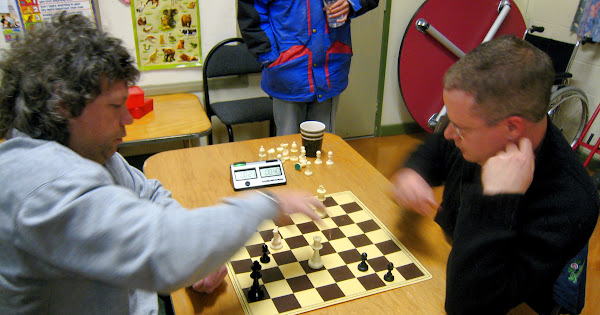 Next week the Club Champs start, based on a double round robin tournament. Because of a change in programme, all first four games are required to be played when the opponent is absent, this is to accommodate some players who have planned to be away over this period. A full draw will be developed and placed on this website to allow players to plan their games.