A supercharged David Paul managed to fight off a strong offence from former Kapiti Chess Club champion — but out of recent Chess-club practice — Earl Roberts, to take out Round Two of the 2009 Blitz Tournament. Zoe Kingston and Paul Frost shared a respectable third place.  Over the six rounds Paul Frost came out top, but lost to Earl Roberts in the Semi-final round. 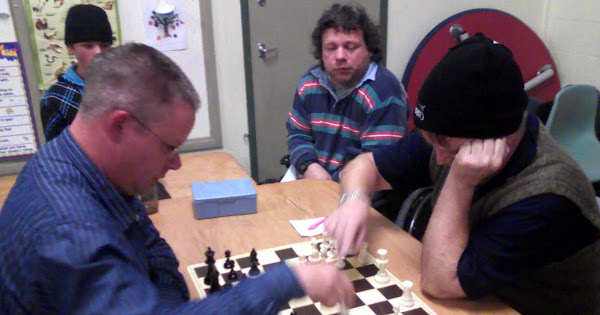 Overall David Paul and Zoe Kingston head the field — but it is early days yet — and with Earl Roberts and John Whibley joining the competition —anything can happen…..

Blitz Trophy: Results after Round Two: