Tricia Benny kept her cool against a stalwart Rick Lowe to eventual produce a victory in a close game that could have gone either way. 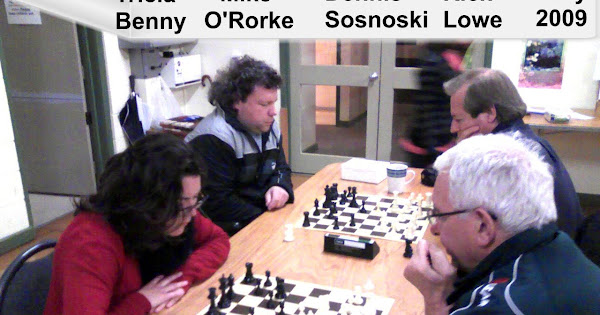 Tricia Benny’s (left) steely determination has Rick Lowe perched on the edge of his seat
Mike O’Rorke (in the background, left) fails to take gain an advantage after a promising prickly
attack against highly seeded Dennis Sosnoski — who eventually travailed to prevail.

Zoe Kingston — currently ranked in the top 10 ten of current NZ Women players — produced a sensation win against reigning 30-30 Champion David Paul. It will take a gallant effort from the other players on 2 points — Dennis Sosnoski and/or David Paul to reign Zoe in. The question is —will they be able to?

On 13 July the Reserve Grade 60-60 will be postponed as most players will be on a school camp.