The Kapiti Chess Club is now in its 35th year since its beginnings back in 1984, so we thought it might be interesting to look back to some of its earlier days.

It is also an opportunity to recognize our longest standing member, John Whibley, who has been a regular Club member for over 30 of those years. Exactly how many he can’t quite be sure, but a pretty impressive record. Here is a photo from 25 years ago – the 1994 Club prize giving at Kapiti College, where the Club met at the time. Although John admits he can “hardly recognize the handsome young man in the white shirt”, it shows  him as co-winner of the Leo Eichholtz rapid trophy that year, along with A-grade champions,  Earl Roberts (holding the Tom Powell cup) and Alvaro Lacunza. Also shown is Bert Leggett, winner of that year’s Gufeld Trophy for winner of the C grade. 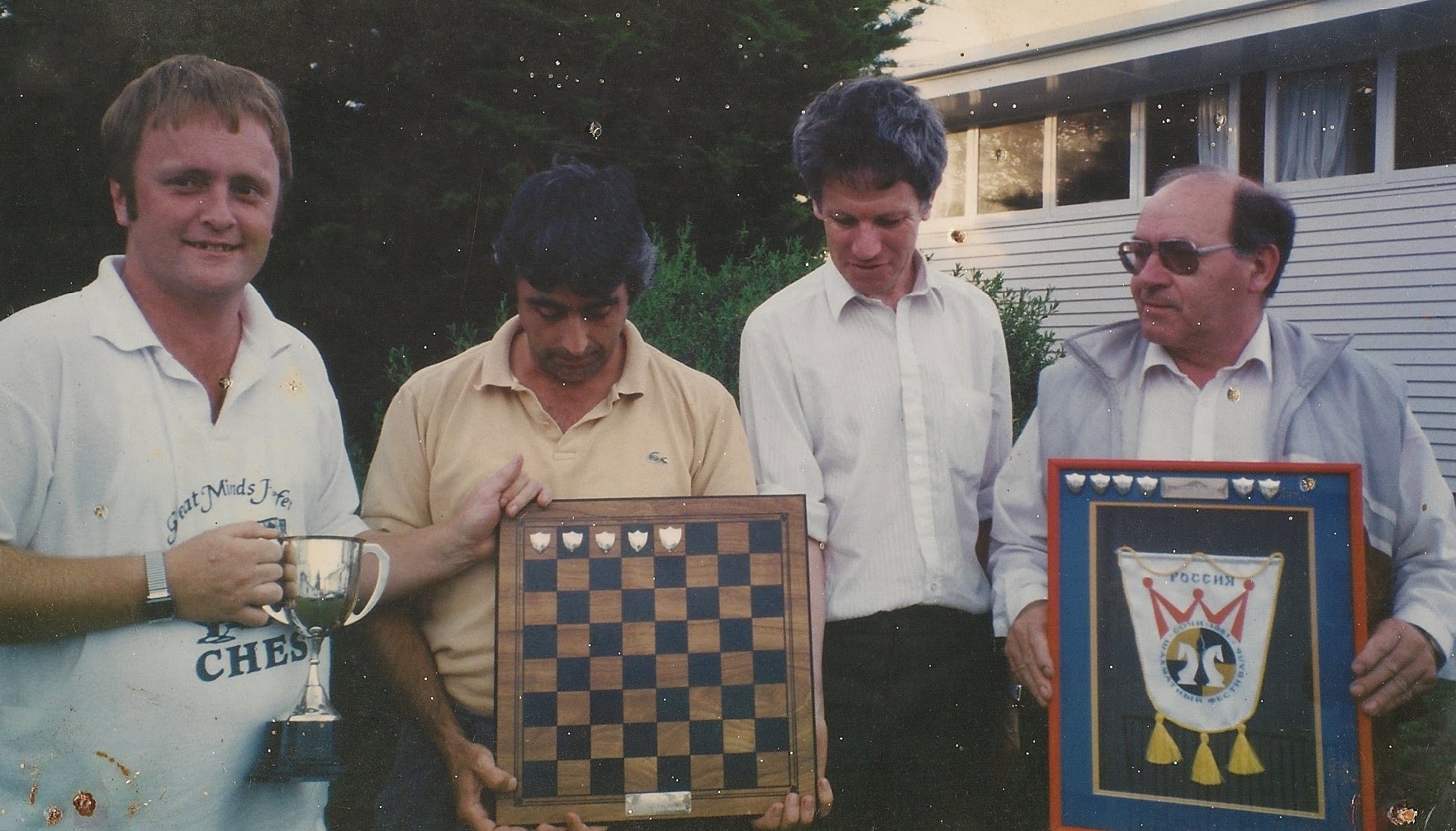